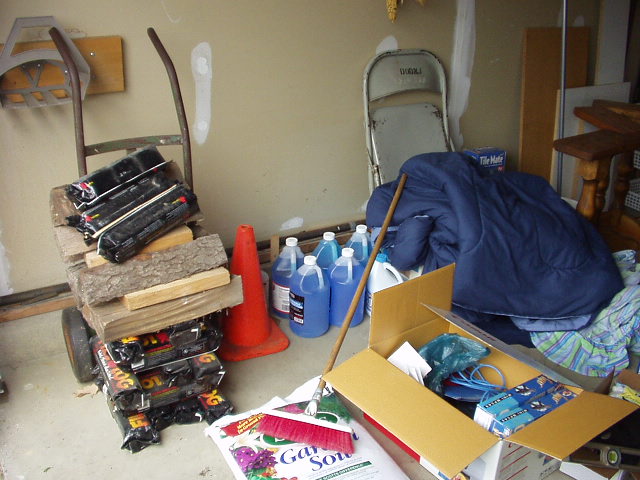 Growing up, my family always had a lot of stuff. On occasion, we’d even sort through things and donate our extra, unwanted items. But I recall just about any excuse was a “good” excuse to keep something. So, when I finally moved out on my own, I took the majority of these things. These things that I’d found a “good” excuse to keep. I also kept purchasing more things. Soon after, I moved into my first single-person dwelling; I was living in a two bedroom apartment, and everything had a place! It was great! However, after a few years, I was running out of room. I was confused. Everything fit when I moved in, hadn’t it? Where’d all the extra “stuff” come from? A few other things happened, such as the idea that some day, I might want to share my space with someone else, and having a house guest was problematic, when it had not been before. I also switched employers, and my new coworkers had a lot of ideas about meditation, and other “zen” things. It hit me slowly, and certainly not all at once, but I realized, that I didn’t need all this stuff! I also realized that I was using shopping as a way to find happiness, which just doesn’t work. So, I went about curbing my shopping habit. No more shopping because I’m bored. No more buying things “just in case”, like another party dress. I have enough party dresses to wear a different one every day of the week. I also realized that a lot of my stuff was pretty cheaply made, and fell apart on me. So I decided that I was done with buying the cheapest stuff, especially shoes. Target has some adorable shoes, but none of them are kind to my feet. I’m not the only one to come to this realization, and a lot of people are dubbing this trend “simple living” or “minimalism”. Okay. You can call it that if you need to, but I’d just as soon avoid a label. It’s all just rejecting materialism, and that certainly isn’t new. Nor is living within your means. The labeling of it is just better for Google’s SEO bots. My father taught me that quality is more important than quantity, but today’s economy and marketing make it very hard to follow that axiom. The internet has both helped and hindered on that front. One the one hand, finding quality, American (or whatever country you like to support) made goods is much easier. On the other, it’s also much easier for third-world, cheaply made goods, to be shoved in your face. Which is a problem, because willpower is a finite resource. Personally, I’ve started searching for goods made in the United States. I’m also trying to steer clear of polyester, but that’s mostly because it always seems to make me sweat more than usual, and thus make me uncomfortable. I’ve also eschewed high heels for the most part. Another motivator is cleaning, which is a recurring theme in minimalist blogs, but for my part, my allergies are not well-managed right now. So being able to clean quicker and easier is really a good idea, regardless of ideology.