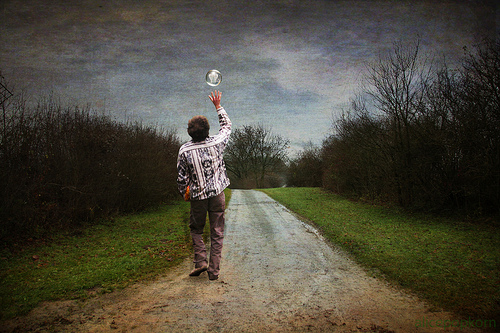 If you didn’t know, writing prose and writing a blog post is a completely different experience. The tone, the diction and even the part of my brain that I use (anecdotally, but it certainly feels like it) vary widely between the two. Inspiration for what to write for a blog post can come from anywhere, but is almost always rather mundane. “Oh! I could write about costuming!” I think as I am finishing my Halloween costume. Where as inspiration for prose seems to come out of the blue, at least for me. My imagination just comes up with things, and I write it down. Sometimes I guide my imagination, but I’m mostly as it’s mercy, like it is its own entity. Some other differences are more obvious. I write all my blog posts (at least as of now) on the computer directly, via keyboard. But my prose? I have found that I write better with pen and paper. I even tried to get a tablet and stylus, so it would at least be digital. But that didn’t work out so well. The stylus is off by just a hair, and I can’t really adjust the size of my writing on the fly (like when I’m at the end of a sentence or word riiiight by the margin). I also haven’t found a good way to organize my work in the tablet. I thought it would be just like my real-world notebooks, but I can’t just flip through it casually. There’s evidence to encourage using a pen and paper when writing, though, because it activates more of the brain. Inspiration for prose usually happens when I’m bored (or trying to sleep, or trying to work, etc.). But there’s nothing like sitting down, when I’ve carved out time to focus on writing, and that blank white page is just taunting me. Some people call it writer’s block, but I feel like it’s more due to a lack of content in my creative buffer. The words and ideas just aren’t ready to come out yet. They need a bit longer to finish “baking”, if you will. Blog posts just take their own shape, and fairly readily. Maybe that won’t always be the case, since I’m just starting out, and I have plenty of ideas I haven’t expressed yet. When I hit blog post 200 or 2000, I suspect I’ll run into some writer’s block. Much like Tom Foreman did when he was writing to the president every day. Luckily, I have time on my side. With more time (and life and experiences) in between my posts, I should be able to stumble upon something to write about, or at least I hope I do. So here’s me, stumbling along, looking for things to write about. It’s a crazy world, and I’m glad I can share my perspective with you, fictional or non-fictional.