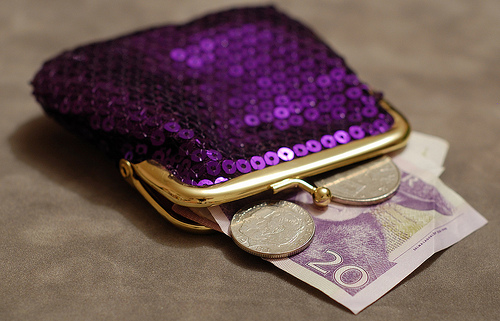 There are hundreds of debt-consolidators, pay-day advance and other shady ways of handling money now-a-days. It doesn’t take a lot of intelligence to realize that most of these things are scams, or at the very least, a bad idea. Then there’s the average way of handling money, such as buying things on credit, getting a loan for your car, your house, and your education. This isn’t the greatest either, but it’s pretty much the standard for most Americans (some interesting stats on this over at NerdWallet.com). Lastly, and the least popular, is to live within your means. Which, I understand, is much trickier than you’d think. (Of course, there’s always some mix of all of this, depending on your perspective.) I certainly don’t have it all figured out yet, but I do know that Dave Ramsey’s Total Money Makeover changed how I think about money. It all came about when my brother bought me this book about money. My mother doubted that I’d even read it (she told me so)! Some of it I’d heard before, and some of it was common sense. But that’s the thing, common sense isn’t that common. Since then, I’ve also managed my budget using Mint.com. It’s free, but ad driven. However, it will give you a good idea of where your money is going (if that’s something that eludes you, like it did for me). Then again, there’s the thought of planning ahead for every dollar, with something like You Need A Budget (YNAB). YNAB is not free, but it has a wide user-base, nonetheless. I figure that once my important expenses are accounted for (including savings), it’s all gravy. On the other hand, that means that I check my bank account almost daily, which could be considered a hassle but it also means I’d see any fraudulent charges almost immediately. Now that I do have my money under control and headed in the right direction, I can plan ahead and splurge on things like a bottle of wine for all my friends for ladies night. And spending money on other people, and experiences, are both proven to increase happiness better than just buying another bauble. I hope my big brother realizes just how much that simple book means to me. He’s helped become a happier person! Thanks, Big Brother!